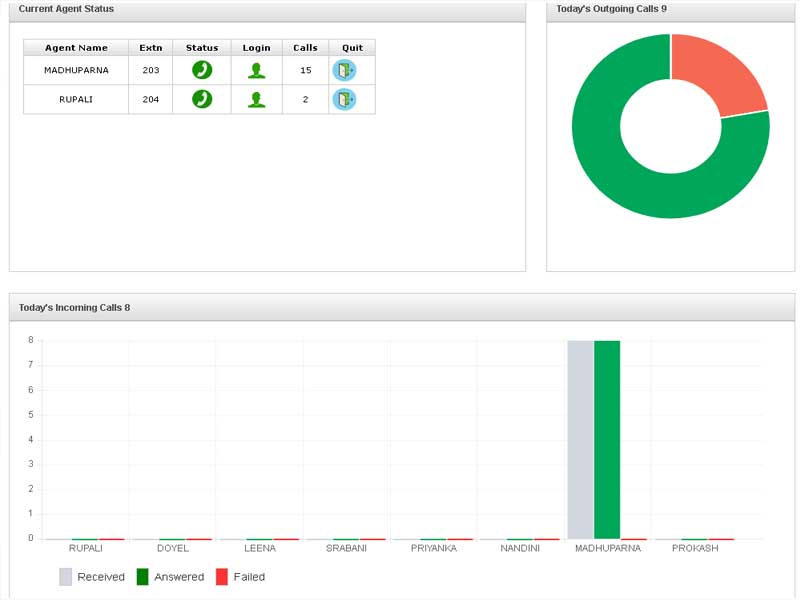 Interactive voice response (IVR) is a technology that allows a computer to interact with humans through the use of voice and DTMF tones input via a keypad. In telecommunications, IVR allows customers to interact with a company’s host system via a telephone keypad or by speech recognition, after which services can be inquired about through the IVR dialogue. IVR systems can respond with pre-recorded or dynamically generated audio to further direct users on how to proceed.

We create enhanced iVR systems for handling large volume of calls which can be automated upto some extent.The idea of iVR has popped up from generalization of the initial phase of conversation which does not require human interaction and thus can be managed by a pre recorded or dynamically generated audio till human interaction is required.

This system helps to solve a large number of queries by automation itself and thereby reducing manpower to attend the large volume of calls of similar nature,which is much profitable for the business concerned.

have any queries? call us anytime

A PHP Error was encountered

A PHP Error was encountered